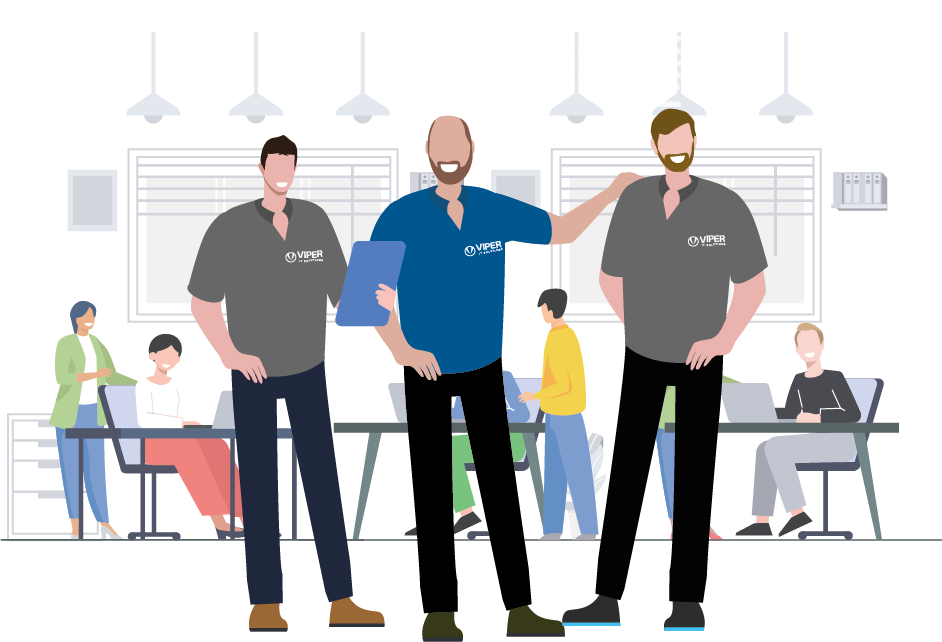 Responsive, friendly, jargon-free engineers who will work with you to find the best solution for your business – saving you money, time and stress.

Our Team of Experts

You aren’t just dealing with a person in their bedroom, the business is built around a team of experts who have been supporting local businesses for years. 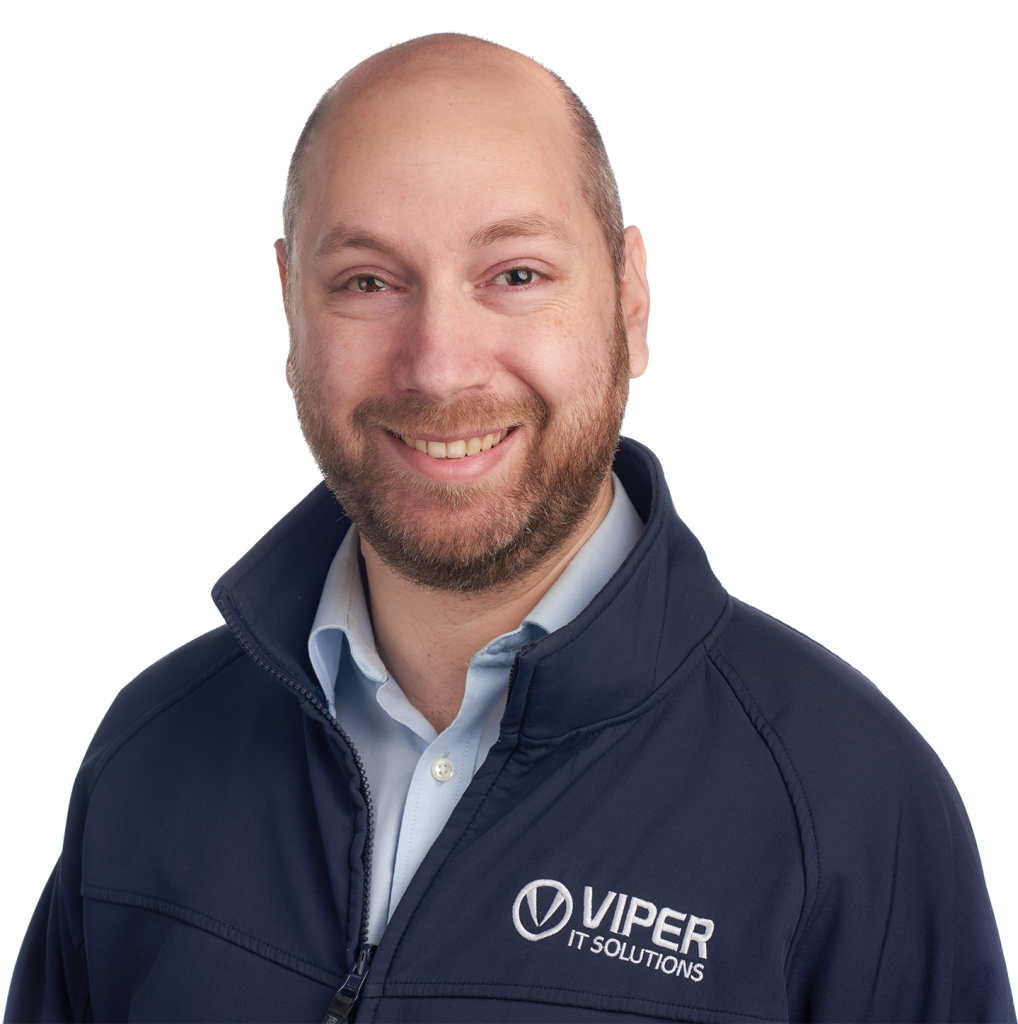 Co-Founder of Viper IT. A local lad, born and bred.

Still lives locally and is often seen out and about with a digital camera taking award winning pictures of local scenes and structures. 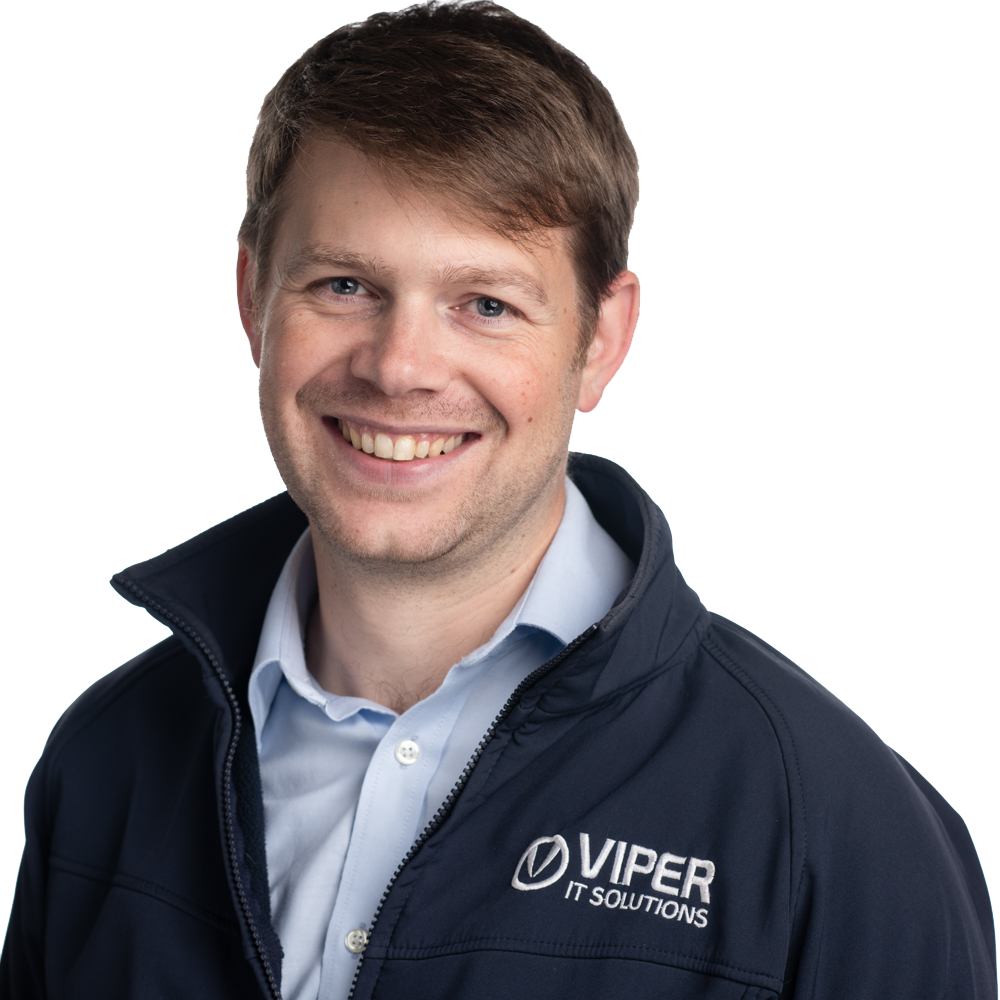 Co-Founder of Viper IT. Another local lad, born and bred.

Lives locally with his family, sometimes seen out at sea enjoying the local surf kayak scene. The rest of the time is playing taxi to two young children and their weekend activities. 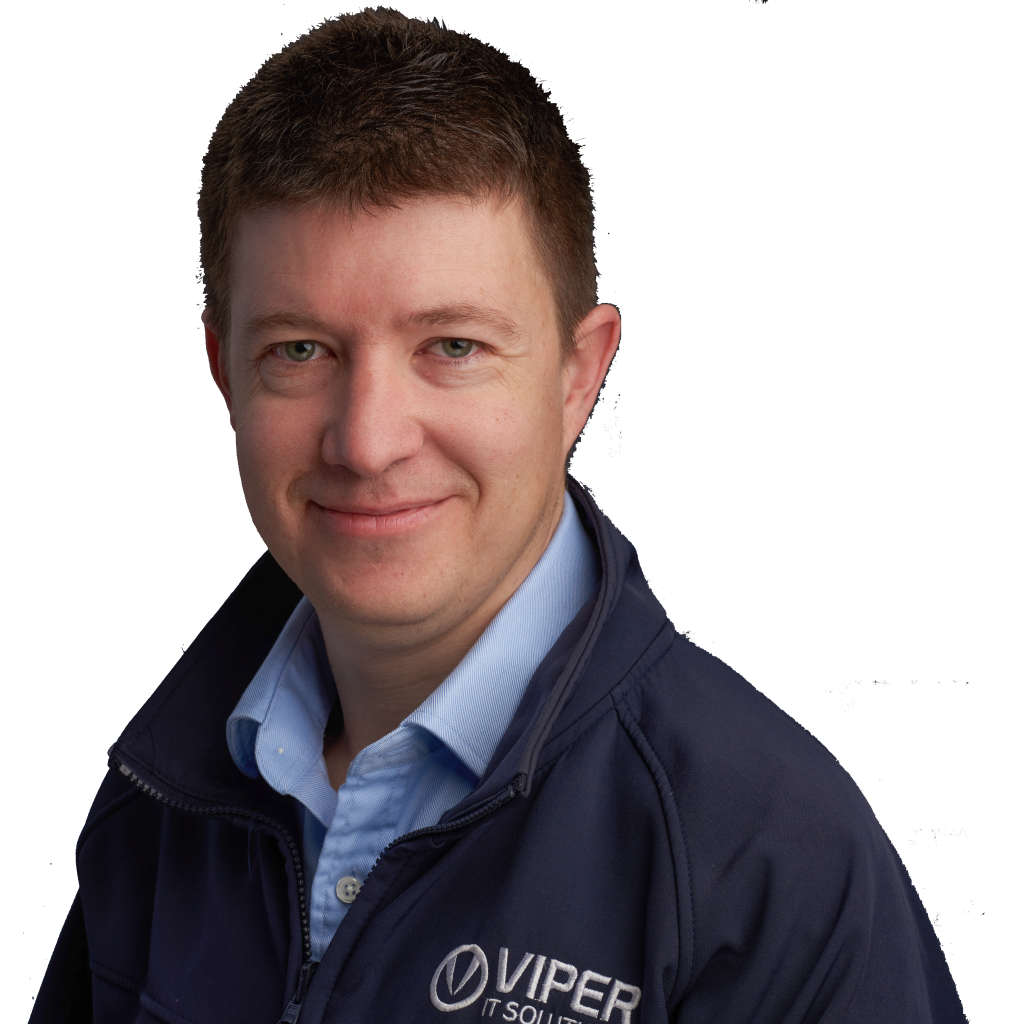 Another local lad. Joined Viper IT in 2017 following many years working in Brighton IT.

Lives locally with his family, often seen out at the Amex supporting the local football team. “Come on Seagulls!”

Others we have helped 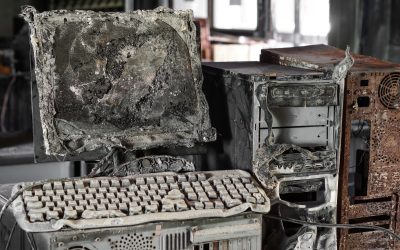 Case Study – When IT disaster strikes, you know who to call

When IT disaster strikes, you know who to call Back in January 2014, the team were all sitting at home enjoying their respective suppers after a long day. Then shortly after 7.30pm a call came through to one of the director’s mobile phones. It wasn’t what they wanted... 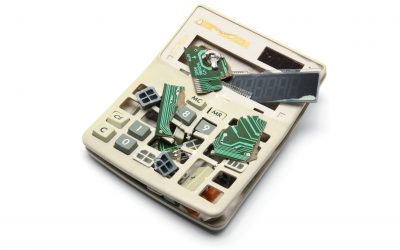 When computer says 'no' - hard drive failure In the summer of 2008 we received a call from someone in need. They had been referred to us by their accountant, who is a client of ours. In short, they were in a spot of bother – end-of-year accounts were due, Sage wasn’t... 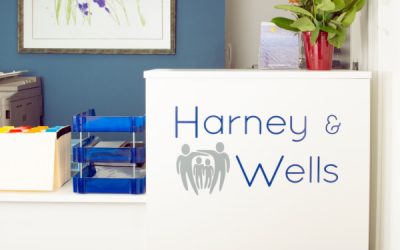 Harney & Wells - Two office moves with minimal downtime Who: Harney & Wells What: A team of solicitors on the move, twice Where: Brighton and Hove Why: The business needed to be up and running fast, with excellent connectivity.   Viper IT manage all the... 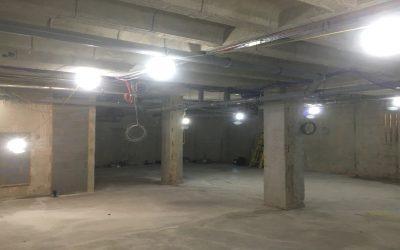 Body Happy Lewes - building a gym Who: Body Happy What: A fully-equipped fitness centre and wellbeing studio Where: Lewes Why: Body Happy Lewes was a concrete shell when we were first called in, but owner Jenny Day knew exactly how she wanted the gym to look and... 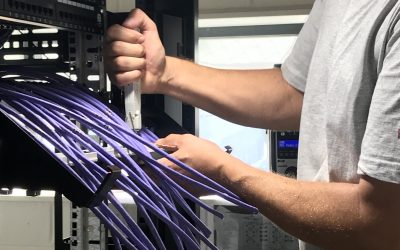 Case Study – Fit out for another IT company

From empty new-build to fully-fitted office space What: A local IT provider in need of a network solution Where: Southwick Why: The business needed network installation, testing and sign-off, all within a tight deadline. [Pictures are only showing internals as non... 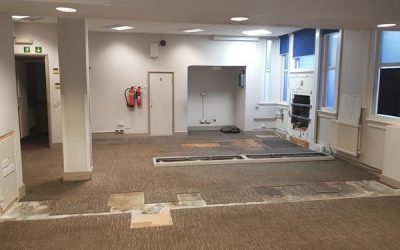 Background of Viper IT

Tom and James have IT nailed

Two Computing and Information Studies graduates who started their business while studying for their degree are celebrating their company’s fifteenth birthday.

They suggested to the university that they start their own company instead. The university was initially hesitant, but Tom and James created their business which continued once they graduated and they are now celebrating 15 years of success.

Tom said: “It is utterly fantastic to still be in a thriving and growing business 15 years later. When we started the company, I don’t think any of us thought it would be as successful, especially as we were only students at the time and had very little commercial experience.“However, all the hard work and effort has paid off. The business has grown and expanded from web design to cover everything from business IT solutions and telephony systems, to computer security and server installation.”

Resourceful undergraduates
Tom and his colleagues were originally supposed to do a 12-month placement as part of their degree course but two of them failed to find placements. The third had a placement which didn’t work out. The idea to start a company was conceived months before and in absence of suitable placements, they asked their tutors if they could start the business. Their tutors gave them the go ahead as long as they could prove they were doing IT work.

Tom, who is based in Brighton, said: “We realised quite quickly that running a business involved a lot more than just doing IT. We had to go out and get sales, advertise, do accounts and so on. It was hard work and not always plain sailing either!

“After university, we decided to keep doing it and since then it has grown. One of the great things is some of our clients are still clients we worked with all those years ago.”

Expansion and growth
The Shoreham-based business has expanded its remit to include a wider and more diverse range of work. We also now have three employees and is looking to take on a fourth. Two of the team are also Brighton graduates – Carl (Computer Studies BSc(Hons) 2004) and Andrew (Software Engineering BSc(Hons) 2004).

Website design is still a part of what Viper IT does but with working environments becoming much more IT-based they offer a range of services, from sorting out the computing systems in office moves to faster broadband if clients have employees working from home and they need to keep in touch with the main office.

Tom added: “It is very varied and we get to meet lots of interesting people along the way. I particularly enjoy helping clients who think they don’t need much in the way of IT and showing them how much it can help grow their business.

“Take, for example, a manufacturer we worked with recently. They didn’t use IT much and hadn’t updated their systems for 15 years. But by changing their systems they were able to make many of their processes far more efficient, improving production, sales and so on. It is extremely satisfying to be involved in that side of it.

“I am very much looking forward to the next 15 years, hopefully expanding the company even further, taking on more employees and becoming the go-to business for IT needs in Sussex and beyond.” 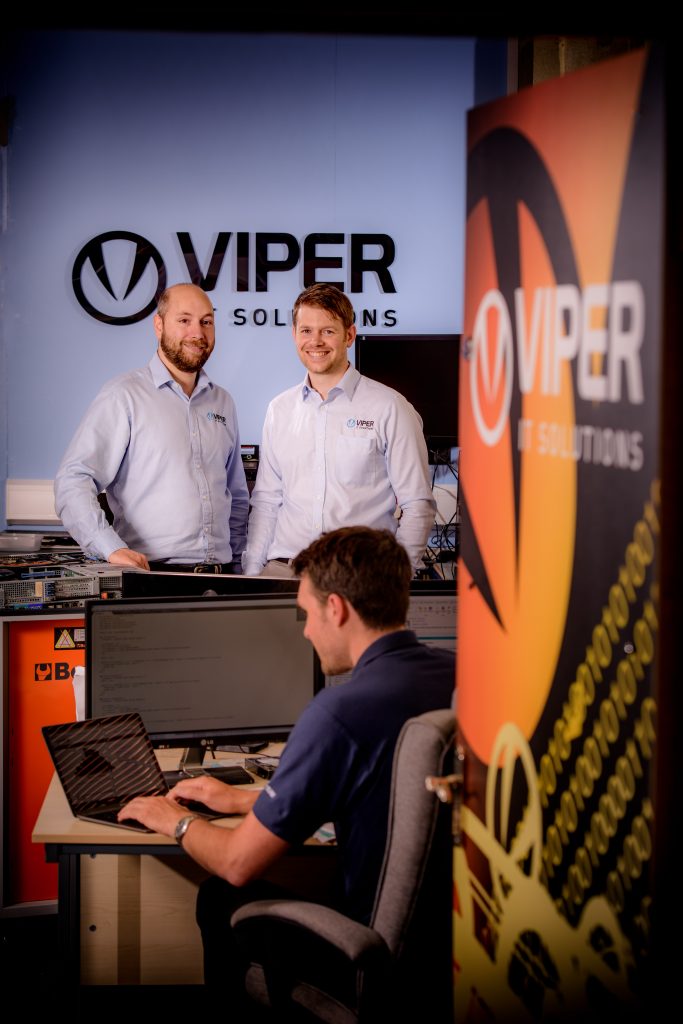 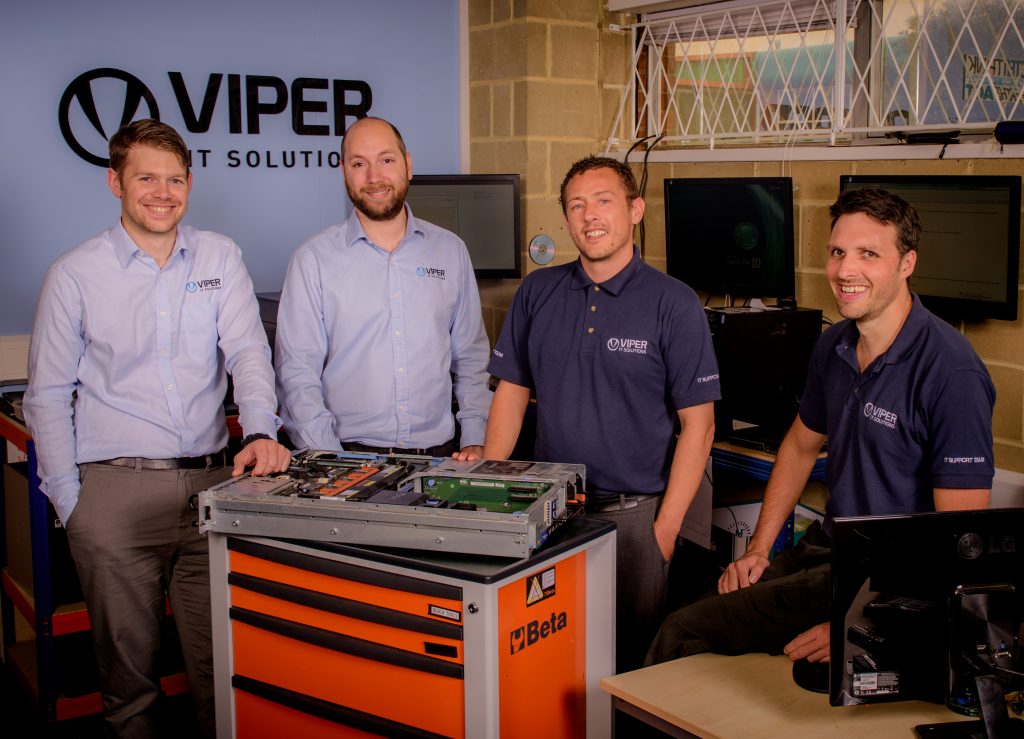 Providing Coverage for over 19 years

In technology terms, we’ve been around the block. The team has supported businesses across Brighton and Hove, Portslade and Shoreham, Lancing and Worthing and across the UK and Europe since 2001.

To help businesses sustain or grow through intelligent use of technology that doesn’t hinder progress and change as required.

All business tasks have a background process. Whilst you don’t need to automate everything, removing some of the repetitive tasks can help every company, regardless of its size.